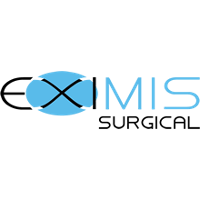 Eximis Surgical will use the new capital to fund U.S. regulatory approval and the commercial launch of the Eximis Laparoscopic Specimen Removal System.

“I am extremely pleased with the investment by Questa Capital and Venture Investors, and I look forward to partnering as we approach regulatory submission and approval,” said Eximis Surgical co-founder and CEO, Kristin Johnson. “Support from highly respected investors further validates our novel technology and enhances the capabilities of our experienced team.”

“We at Questa are very pleased to invest in Eximis,” added Ryan Drant. “Quick and safe large specimen removal is a major unmet need in minimally invasive surgery, and Eximis has developed a very compelling technology solution.”

Mr. Lamson, CTO, NeoTract, was the company’s co-founder and founding President & CEO. NeoTract was acquired by Teleflex for up to $1.1 billion in 2017. Prior to founding NeoTract, Mr. Lamson was the Vice President of R&D at TransVascular, a cardiovascular device company acquired by Medtronic in 2004. He holds a PhD in Bioengineering from Penn State University and a Bachelor of Science degree from Rensselaer Polytechnic Institute.

Mr. Hutton, COO, Biodesix, previously served as Senior Vice President and General Manager of Spectranetics’ Vascular Intervention business, which was acquired by Philips in 2017. Prior to Spectranetics, Mr. Hutton spent 16 years with Medtronic, where he held several executive roles including VP and GM of the Neurosurgery business unit. He holds a Bachelor of Arts degree in Health and Kinesiology from Purdue University.

“We are excited to have Ted and Scott as members of Eximis’ board of directors. Both are highly experienced medical device executives with proven successes in the surgical device space,” said Johnson. “Ted is a proven entrepreneur who has developed and marketed a disruptive technology that enables minimally invasive treatment for millions of BPH patients annually,” said Johnson. “Scott has successfully led and grown multi-million dollar medical device businesses with cutting edge technologies and brings a unique blend of commercial and business development experience.”

About Eximis SurgicalEximis Surgical, Inc. is a medical device company that has developed a surgical system for removing large specimens through laparoscopic incisions. We believe in giving patients choice by providing a fully contained specimen removal solution to keep incisions small. Minimally invasive surgery is proven to reduce pain, shorten recovery times and decrease the risk of complications. The system is the only specimen removal technique to have multiple, integrated containment bags for increased confidence and a novel cutting technology that eliminates the need for sharps during segmentation. The Eximis Surgical system is not currently approved for commercial use. For more information visit www.eximissurgical.com.

About Venture InvestorsVenture Investors is a premier provider of venture capital funding and company building expertise to early-stage healthcare companies. With a Midwest focus and national reach, we have a track record of working with passionate entrepreneurs to advance solutions to the market that address the world’s biggest health challenges. Venture Investors is focused on investment opportunities in healthcare, principally those emerging from ecosystems surrounding major research universities in the Midwest. Formed in 1982, Venture Investors has offices strategically located next to the country’s second and sixth largest research institutions in Ann Arbor, Michigan, and Madison, Wisconsin. For more information visit www.ventureinvestors.com.