Webinars are approximately 60-90 minutes in length and are live-streamed on our YouTube Channel. They will also be recorded and available for later viewing.

The goal of the MedTech Innovator webinars is to provide the medtech ecosystem and our portfolio companies with feedback from experts and professionals in areas that are specific to the strategic needs outlined in our discussions and surveys. Strategic areas to be covered include: intellectual property, product development, commercialization, reimbursement, healthcare economics, regulatory strategy, clinical trial design and execution, and fundraising.

Our webinars are administered virtually and consist of one or more panelists addressing key questions supplied in advance by the MedTech Innovator Accelerator & Showcase companies, as well as a general discussion on the topic within the context of the evolving healthcare ecosystem. 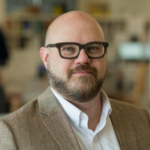 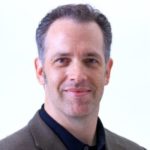 Dr. Frank Peacock is the immediate past chief medical officer and prior president of the Society of Cardiovascular Patient Care (formerly known at the Society for Chest Pain Centers). He is a professor of Emergency Medicine, associate chair, and research director for Emergency Medicine at Baylor College of Medicine.

With over 300 publications on heart failure and acute coronary syndromes, Dr. Peacock is also the co-editor of the textbooks Cardiac Emergencies, Short Stay Management of Heart Failure, and Short Stay Management of Chest Pain. He is the 2004 and 2010 winner of the Best Research Paper Award from the American College of Emergency Physicians, and is the Codman Award recipient from the American Association of Group Practice. 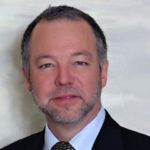 Kevin Coker is the Co-Founder, President, and CEO of Proxima Clinical Research, Inc. a clinical research partner for the emerging biotech and medical device industry. Over his career, Mr. Coker has served in a number of executive roles. Prior to founding Proxima, he was President, CEO, and Director of MolecularMatch, Inc. a decision support platform for molecular laboratories conducting next generation sequencing in oncology. He served as the Vice President and Oncology Franchise Lead for Worldwide Clinical Trials, Inc., a global CRO working in over 50 countries, and the Vice President of Research Services for McKesson/US Oncology. During his time at McKesson and US Oncology, Mr. Coker had responsibility for the physician research network of more than 250 clinical sites and 700 employees. While at US Oncology, he secured multi-year strategic partnerships with Quintiles (now IQVIA), Glaxo Smith-Kline, Eli Lilly, Genentech, and Novartis. Mr. Coker is a Board Director for Volumetric, a 3D bio printing company headquartered in Houston, TX and an advisor for Bioverge, a curated online investment platform where targeted for healthcare startups.

Throughout his career, Mr. Coker has worked with hundreds of pharmaceutical, biotech and medical device companies. He has had responsibility for over 500 clinical trials enrolling over 25,000 patients supporting the FDA approval of 25 new drugs.

Mr. Coker received a B.S. in Biology and Chemistry from the University of Central Arkansas, a M.S. in Pathology from the University of Arkansas for Medical Sciences, and J.D. and M.P.H. degrees from Case Western Reserve University. He is a former Asst. State Attorney General, member of the bar, certified molecular biologist CLSp(MB), certified in regulatory affairs RAC(US), and serves on the American Medical Informatics Association (AMIA) board of reviewers. Mr. Coker is an independent advisor for numerous companies as well as formal programs such as the NIH I-Corps program, Texas Medical Center Innovation (TMCX), and Johnson & Johnson JLABs and Mass Challenge. 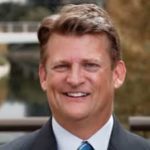 Matt Wagener is the Vice President of Clinical Operations at Proxima Clinical Research, Inc., a contract research organization that serves the emerging drug and medical device industries. Matt has over 15 years of industry experience working across multiple life science businesses in key areas including clinical operations, business operations, and business development. Prior to joining the Proxima team, Matt was the Sr. Director of Corporate Operations at the CRO MedSource and held several management positions at McKesson/US Oncology. While at MedSource, Matt successfully managed corporate operations and business development through high growth period building operations to support growth. At US Oncology Matt led clinical and business operations for launch of their oncology CRO through start-up, full service clinical trial operations, and business acquisition. Prior to managing the CRO business unit at US Oncology, he led clinical development for the Lung, GI, Hematology, and Radiation Oncology research programs. He also held other research positions at the University of Texas Medical Branch in Galveston in the department of Orthopedic Surgery and MD Anderson Cancer Center in the department of Radiation Oncology. He received his degree in biomedical science from Texas A&M University. Since starting his career in research, he has worked in key sections of basic and clinical research from bench to bedside to management. 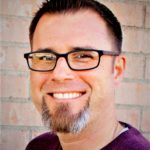 Christos leads Olympus’ medical business development and strategy function. Christos is a senior executive with extensive US and international success, including evaluating high-growth market opportunities and emerging technologies. Christos is a decisive, action-oriented leader who thrives on challenge and is energized by creating and driving strategy for product innovation/commercialization, market development and business growth. He received his MBA from Harvard University and his MS from Columbia University. 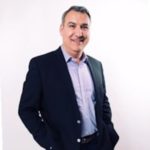 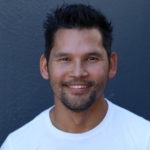 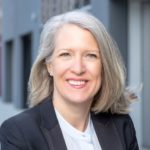 Norris earned a bachelor’s degree in business administration from the University of California, Riverside and a juris doctorate from Santa Clara University. 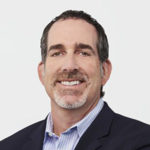 Marc Chaput is a Partner at Gravitas Healthcare, a strategic advisory firm focused on emerging growth medical device companies. Prior to Gravitas, he was a Director in Cowen & Co.’s health care investment banking group, and prior to that he worked in the health care group at Deutsche Bank. He is also on the Advisory Committee of Sweetwater Capital Partners and represents the State of Texas on the Procyrion board. He holds a B.A. from Bates College and an M.B.A. from the J.L. Kellogg Graduate School of Management at Northwestern University. 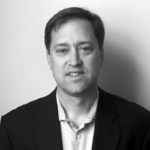 David Cassak has more than 30 years of experience in the healthcare industry. Cassak co-founded Windhover Information Inc., along with his partner, Roger Longman, in which they spun out exceptional publications such as IN VIVO, START-UP, Medtech Insight, Emerging Medical Ventures and The RPM Report. Cassak also served as Vice President, Content, and Managing Director, Medical Devices for Elsevier Business Intelligence, a Reed Elsevier Company, including the publications The Gray Sheet and The Pink Sheet. He is a frequent speaker before various companies and trade groups within the medical device industry and is widely known for his vast knowledge and reporting in MedTech. 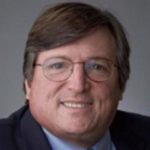 Casey McGlynn is a partner at Wilson Sonsini Goodrich & Rosati. In 1990, Casey McGlynn formed the life sciences practice at the firm, and today, it has one of the largest practices focused on medtech, healthtech, and biotech companies in the country.

Casey has formed, represented, sold, and taken public many of the most important medical device companies founded over the last 30 years.

Casey has extensive hands-on experience in helping entrepreneurs form, build, fund, and sell their companies. He has formed, participated with the boards of, and invested in companies in all of the major medical device fields. Over the last 30 years, he has built close-working relationships with an unparalleled list of entrepreneurs, doctors, investors, engineers, and managers in this industry. Through his portfolio of companies, he has met with and negotiated with the leaders of all of the major medtech acquirers.

Over much of his career, Casey has participated in forming and managing several small funds, all of which have been top quartile performers. In 2005, he founded Life Science Angels (LSA), an angel organization focused on investing in medtech, healthtech, and biotech companies. Since its formation, LSA has invested over $50 million in more than 40 companies that have received an additional $600+ million in follow-on funding from VCs.

Casey is a member of the board of directors of the Fogarty Institute for Innovation and Medical Device Manufacturers Association and was a founding board member of the emerging business committee of BIO. 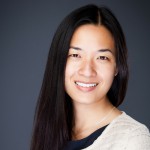 John Hyung-Jun Kim completed his residency in Internal Medicine at Stanford University Medical Center. Dr. Kim completed his undergraduate studies in biochemistry from Harvard University, and is a graduate of Duke University’s School of Medicine and the Fuqua School of Business, where he concentrated on health sector management. Dr. Kim has worked as a medical consultant in biogenetics, and was previously with Bear Stearns & Company as an Equity Research Associate. Dr. Kim continues to practice part-time as a hospitalist, keeping Aphelion Capital current with medical trends.

Dr. Kim sits on the Board of Directors at Siesta Medical. 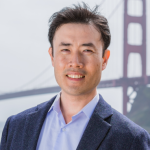 Noam Krantz is a Vice President of Venture Investments for Johnson & Johnson Innovation – JJDC, Inc. (JJDC), focused on Med Device companies. He is based at the Innovation Center in South San Francisco, CA.

Noam came to JJDC after working for many years in business development and Mergers and Acquisitions, completing over $70 billion in high value growth-oriented transactions, in fields ranging from medical devices and pharmaceuticals to semiconductors and software. In his most recent role as VP, Business Development, he added many platforms and technologies to Ethicon’s portfolio, including those in digital surgery (3Di, Auris investment and collaboration), GERD (Torax), Interventional Oncology (NeuWave, Auris collaboration), Wound Closure (barbed sutures) and Energy (Megadyne), to name a few. Noam began his career in Bear Stearns & Co.’s New York investment banking division in 2001, where he worked on advising healthcare and technology companies on M&A and corporate finance transactions. In 2004, he joined Inamed Corporation, as a Senior Manager of Strategy and Corporate Development, and then moved to Mentor Corporation, where he was Vice President of the company’s Corporate Development group, running the Company’s investor relations effort.

Noam has a BS in Biological Sciences from University of California Santa Barbara and an MBA from Columbia Business School. 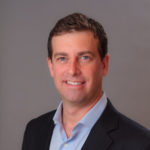 Joining the company in 1990 as account executive, west coast, Weiser became division manager in 1992. In 1995, he was promoted to vice president, west coast, managing all sales activities for the regional office. In 1999, Weiser was named senior vice president, sales for Columbia TriStar Television Distribution, expanding his duties to include sales of SPE’s vast library. With more than 500 television series and 4,000 films, it is the largest catalogue of its kind. Weiser became executive vice president, US distribution for Sony Pictures Television in 2002.

Before joining the studio, Weiser served as senior vice president, Guber-Peters Entertainment and head of sales for Chuck Barris Entertainment. His television career began at Tribune Broadcasting, where he oversaw its northeast and Midwest sales offices.

Weiser currently serves on the board of Props for Tots. For the past two years, he has served as co-Executive sponsor for SPE’s Emerging Professionals as well as a committee member for the SPE Council for Inclusion. 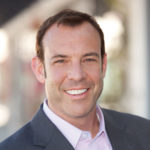 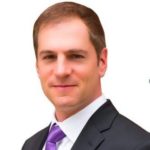 All webinars begin at 10:30AM PST, unless otherwise noted