Adient is developing medical devices that serve useful functions, that then vanish from the human body. Adient is developing the first absorbable Inferior Vena Cava filter for the prevention of pulmonary embolism (PE). PE is the third leading cause for deaths in the U.S., and it accounts for 100-300 thousand deaths annually. The filter protects those at risk for PE by trapping blood clots destined for the lungs. Uniquely, the Adient filter is absorbable. It maintains 80 percent of its strength for 35 days, then the filter breaks down into CO2 and H2O after clots resorb in the filter. Therefore, the filter obviates retrieval procedures and is incapable of Inferior Vena Cava penetration or perforating organs per conventional filters that led to FDA warnings.

The overall market for absorbable medical devices is $10 billion. The Inferior Vena Cava filter market is at $550 million which has been growing 26 percent for prophylactic use. The Adient absorbable filter will disrupt the market, and obviates retrieval, which will save $6-12 thousand per procedure, and is inherently safer. 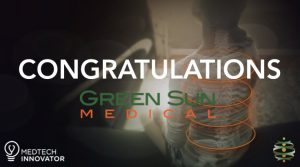 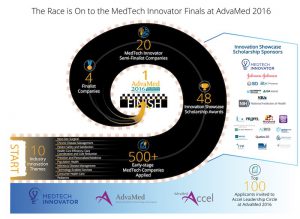