Summary: Ablacare is developing a device for the treatment of PCOS related infertility, based on an effective and demonstrated surgical predicate and an access and delivery path routinely used by fertility physicians. The device aims to replace the safe and effective, yet today rarely performed, Ovarian Drilling (OD) approach (performed laparoscopically) with a minimally-invasive, transvaginal, ultrasound-guided approach. OD corrects hormonal imbalances by destroying ovarian tissue, and often results in spontaneous ovulations (80% within 3 months) and pregnancy (60% within 6 months).

The Ablacare device would comprise a custom radiofrequency generator, and a disposable element (handle, needle, and bipolar electrode catheter deployed through the needle). Once clipped on a standard transvaginal ultrasound probe, the device would be guided to the ovary. The needle would be used to puncture the ovarian capsule, and the bipolar electrode catheter would then be advanced through the needle to perform the ablation in a precise and controlled manner. The electrodes would then be pulled back and re-deployed to perform sequential ablations to achieve the desired ovarian tissue destruction.

The procedure will be simple enough to be performed in the fertility clinic setting by surgeons, reproductive endocrinologists and eventually more general gynaecologists alike.

Need: Up to 10% of women are thought to be affected by PCOS, the most common endocrine disorder of women, and half of them will seek fertility treatment. Many effective therapeutic strategies exist to restore ovulation in these women. Drug-based therapies and IVF side effects have a high risk of multiples and complications. Surgery (ovarian drilling) is invasive and has no facilitating technology but carries no risks of multiples.

Both patients and physicians are searching for lower risk, less invasive and lower cost solutions. A minimally invasive, safe procedure with a dedicated device, leading to the same clinical success as current options could therefore be a very interesting option for infertile PCOS women.

Value: Ablacare is developing a 1-time, minimally invasive treatment for PolyCystic Ovary Syndrome (PCOS) related infertility to provide women with a more natural and less medicalized pregnancy experience. Ablacare aims to transform the safe and effective (yet today rarely performed) surgical ovarian drilling approach from a major, invasive surgery requiring general anesthesia into a simple ultrasound guided, transvaginal, office-based procedure under conscious sedation. Compared to current options, Ablacare’s procedure is less invasive, less costly and less labour-intensive, and does not require a referral as it can be performed by surgeons, reproductive endocrinologists and general OB-GYNs alike. 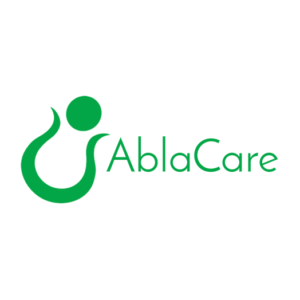