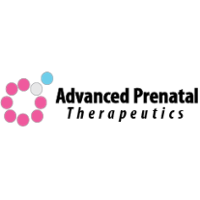 The FDA is looking into a device and revolutionary pee test that could help stave the leading cause of maternal and fetal deaths.

Beyonce’s revelation that she suffered from pre-eclampsia during her pregnancy highlights a dangerous condition that affects 5% of women and that scientists have recently developed new ways to detect and treat.

In her new Netflix documentary, Homecoming, the superstar says she had an “extremely difficult pregnancy” due to high blood pressure before she gave birth to twins Sir and Rumi in 2017.

“My body went through more than I knew it could,” she says.

That’s not an understatement. Preeclampsia can cause liver and kidney damage, seizures, stroke, and severe bleeding. It can trigger preterm labor and is the leading cause of premature births and maternal and fetal deaths in the U.S.

The most effective treatment is delivery since many drugs to lower blood pressure aren’t safe during pregnancy—but the FDA has just given approval for development of a device that could be an alternative.

A 2003 study on pregnant rats published in the Journal of Clinical Investigation suggests that overproduction of an enzyme called sFlt1 causes pre-eclampsia. Theoretically, the new device could remove that from the blood, which would then be reintroduced to the patient.

One of the challenges of pre-eclampsia is that it is difficult to diagnose because many of the symptoms are common conditions in pregnancy. Women can have the disease for weeks without knowing, which ups the chances of severe complications.

But there have been advances on that front, too. In a paper published last month in Lancet’s E-Clinical Medicine, researchers at Ohio State University showed a simple, three-minute urine test might help. The Congo Red Dot is a small paper with a red dot in the middle. When a pregnant woman urinates on the spot and it starts to fade and get bigger, the woman probably has the condition.

In the study 346 pregnant women used the test, which had an accuracy rate of 86%—far superior to current tests. The developers of the test are currently waiting for FDA approval.