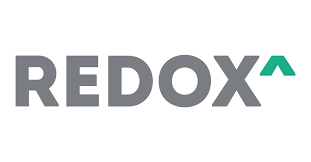 Investors have forked over $33 million in a new round of funding for Redox, hoping that the company can execute on its bid to serve as the link between healthcare providers and the technology companies bringing new digital services to market.

Redox sits at a critically important crossroads in the modern healthcare industry. Its founder, a former employee at the electronic health record software provider Epic, knows more than most about the central position that data occupies in U.S. healthcare at the moment.

Bonney served as a team lead in various divisions at Epic before launching Redox, and the Madison, Wis.-based company was crafted with the challenges other vendors faced when trying to integrate with legacy systems like the health record provider.

“The fundamental problem is helping a large health system use a third-party tool that they want to use,” says Bonney. And the biggest obstacle, he said, is finding a way to organize into a format that application developers can work with the data coming from healthcare providers.

Investors including RRE Ventures,  Intermountain Ventures and .406 Ventures joined new investor Battery Ventures  in financing the $33 million round. As part of the deal, Battery Ventures general partner Chelsea Stoner will take a seat on the company’s board.

Application developers pay for the number of integrations they have with a health system, and Redox enables them to connect through a standard application programming interface, according to the company.

Its approach allows secure messaging across any format associated with an organization’s electronic health record (EHR), the company said.

Redox works with more than 450 healthcare providers and hundreds of application developers, the company said.