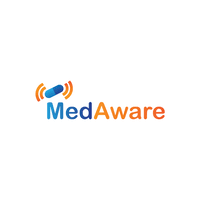 A few years ago, a doctor prescribed Singulair, a standard asthma medication, to a 9-year-old boy. At least that’s what the doctor thought he prescribed. Instead, he had accidentally clicked the next medicine listed in the drop-down menu: Sintrom, a blood-thinning medication meant to treat blood clots. Tragically, the boy died. But from that sad story emerged an idea to help save any other families from experiencing that same pain.

Dr. Gidi Stein, a doctor on the faculty of Tel Aviv University, heard the story about the boy at a medical conference and felt compelled to do something. Medicine was already his second or third or fourth career – he had previously studied math and computer science. He got a Ph.D. in computational biology and had served as VP of several startups. Now he was working in internal medicine. “Life was good. I never thought I would do anything else,” Stein told us when From The Grapevine met up with him in Jerusalem.

But he couldn’t shake the story of the boy and his doctor. “It was like killing someone with a typo. He just clicked on the wrong button,” Stein said. “One would’ve thought there’d be some kind of spell-checker to prevent these terrible tragedies from happening. But apparently this is not the case.”

Several things were immediately obvious to the 54-year-old Stein. “If you look at this problem from a bird’s eye view, there were so many places down the line where this decision could have been stopped – from the physician to the pharmacy to the insurance company, even to the mother. All of them had all the relevant information to have a judgment call that this was just the wrong drug for the wrong patient.” For Stein, it represented a systemic failure.

The father of four looked at the problem through the prism of credit card fraud. “If you use your credit card in the daily routine over time, a pattern emerges of how we use our card: the grocery store, the gas station in our local town. If your credit card would pop up tomorrow in Zimbabwe, it would be an outlier to your behavior. The credit card company would call you up and say, ‘Hey, was that you?'”

But nothing like that existed in the realm of prescription drugs. Stein dipped back into his entrepreneurial experiences and launched a startup called MedAware. He had devised a way to come up with a machine learning outlier detection system. In other words, he trained the computers to realize if a doctor accidentally prescribed the wrong medicine.

The system is already deployed in hospitals, at doctors offices and in outpatient facilities. To date, MedAware has used their technology to help nearly six million patients in the United States and Israel. Stein hopes to launch future monitoring software that can help with the expanding prescription opioid crisis.

Jon Medved is a high-tech entrepreneur and the founder of OurCrowd, a company that has invested in nearly 200 Israeli startups – including in MedAware. “I am totally in love with MedAware,” Medved told us. “You can go to a major Ivy League hospital where people are being prescribed Viagra and they happen to be 2 years old, or fertility drugs and they’re 85. Without our kind of software, you can’t prevent that from happening.”

As for Stein, who still thinks about that 9-year-old boy who first inspired him, he’s looking toward the future. “I want to be in a position that whenever a mother goes with her child to a primary care office, she will be confident that she’s protected by MedAware,” he said. “People shouldn’t die because of typos. People shouldn’t die from preventable harm that is just one click away. The fact that this is not common standard is haunting to me.”