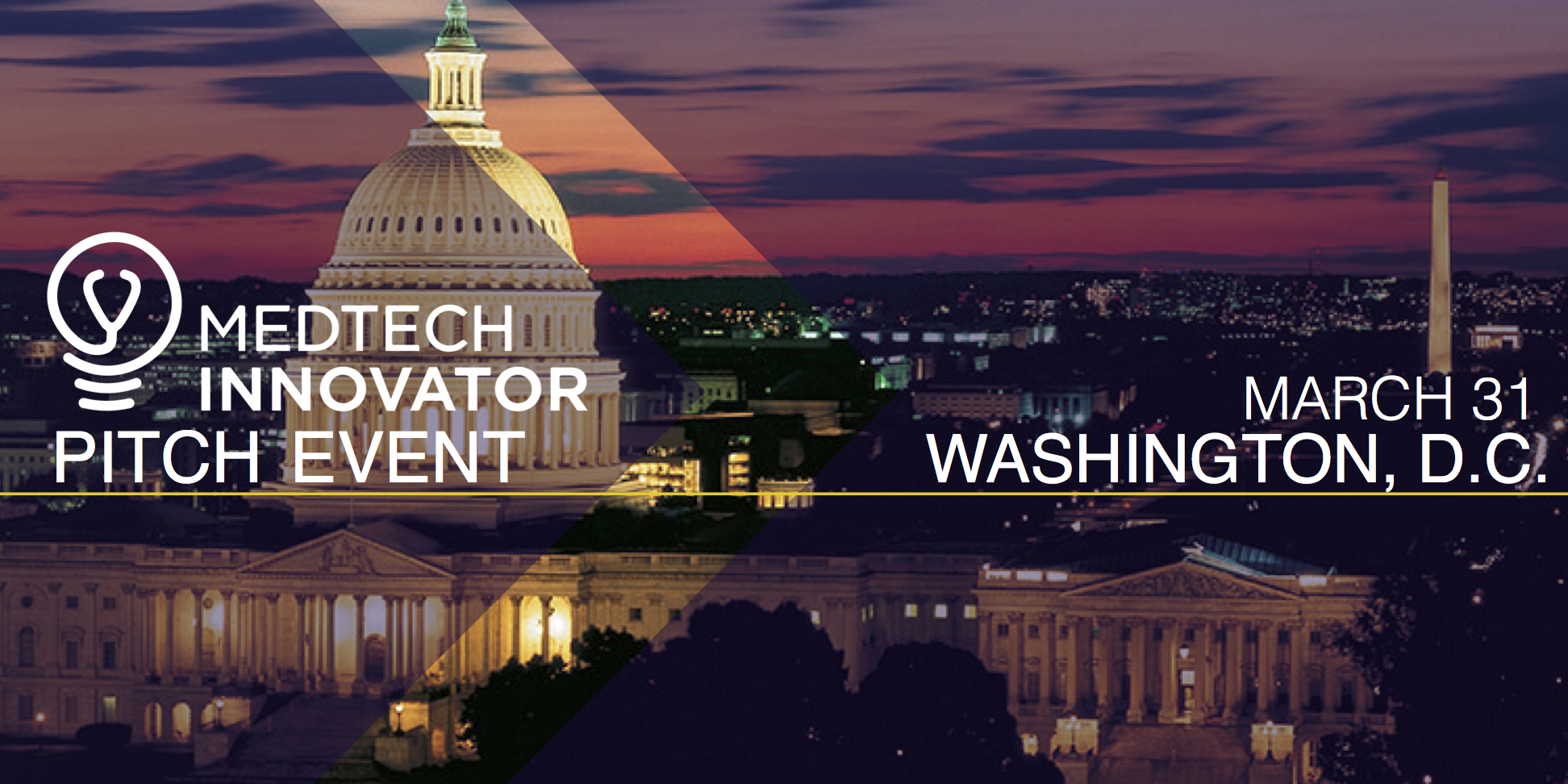 MedTech Innovator traveled to Washington, D.C., on March 31 to hold its fifth pitch event of the 2017 competition. This event was unique because it specifically highlighted pediatric devices and products. We were hosted by AdvaMed Accel and joined by members of the association’s Pediatric Working Group, who hail from companies such as Medtronic, Abbott, and Johnson & Johnson. 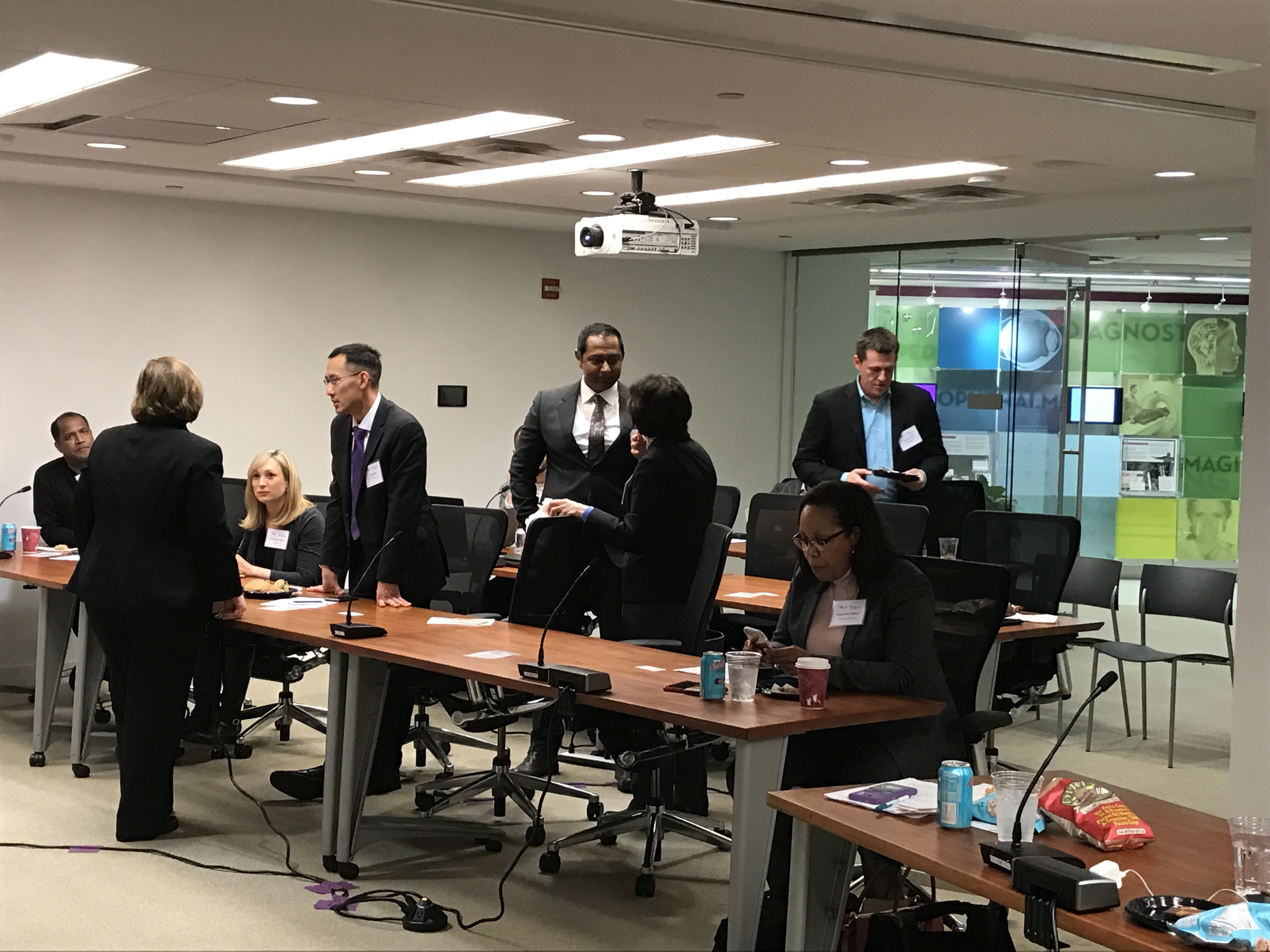 In the morning, MedTech Innovator arranged for a site visit and networking session at The Sheikh Zayed Institute for Pediatric Surgical Innovation within the Children’s National Health System. Several of the day’s eight presenting companies were able to participate and explore the Cardiology and Rehab clinics, as well as the Bear Institute (a Cerner/Children’s joint venture). Following the guided tour, there was an opportunity to meet with clinicians, engineers, and a representative from the hospital’s Value Analysis Committee.

At the AdvaMed office in downtown Washington, we saw companies pitch their technologies targeted to newborns, infants and children. The startups came from as close as Maryland and as far off as Argentina for the chance to present before an audience of industry executives, government agency officials, including FDA, health care providers, and MedTech Innovator’s own expert staff.

The judges’ deliberation wasn’t easy, but the winning company was VADovations, a developer of a miniature implantable blood pump that requires less invasive heart surgery with the hope of improving recovery and outcomes for the smallest patients.

Trevor Snyder, VADovations’ Vice President of Research and Development, was on had to present and accepted a ticket to be one of our MedTech Innovator Showcase companies and attend The MedTech Conference powered by AdvaMed. “Having the opportunity to pitch in front of this audience, including FDA, means so much to a company like ours,” said Snyder. “We’re just so grateful for the chance to compete and are thrilled to have won!” 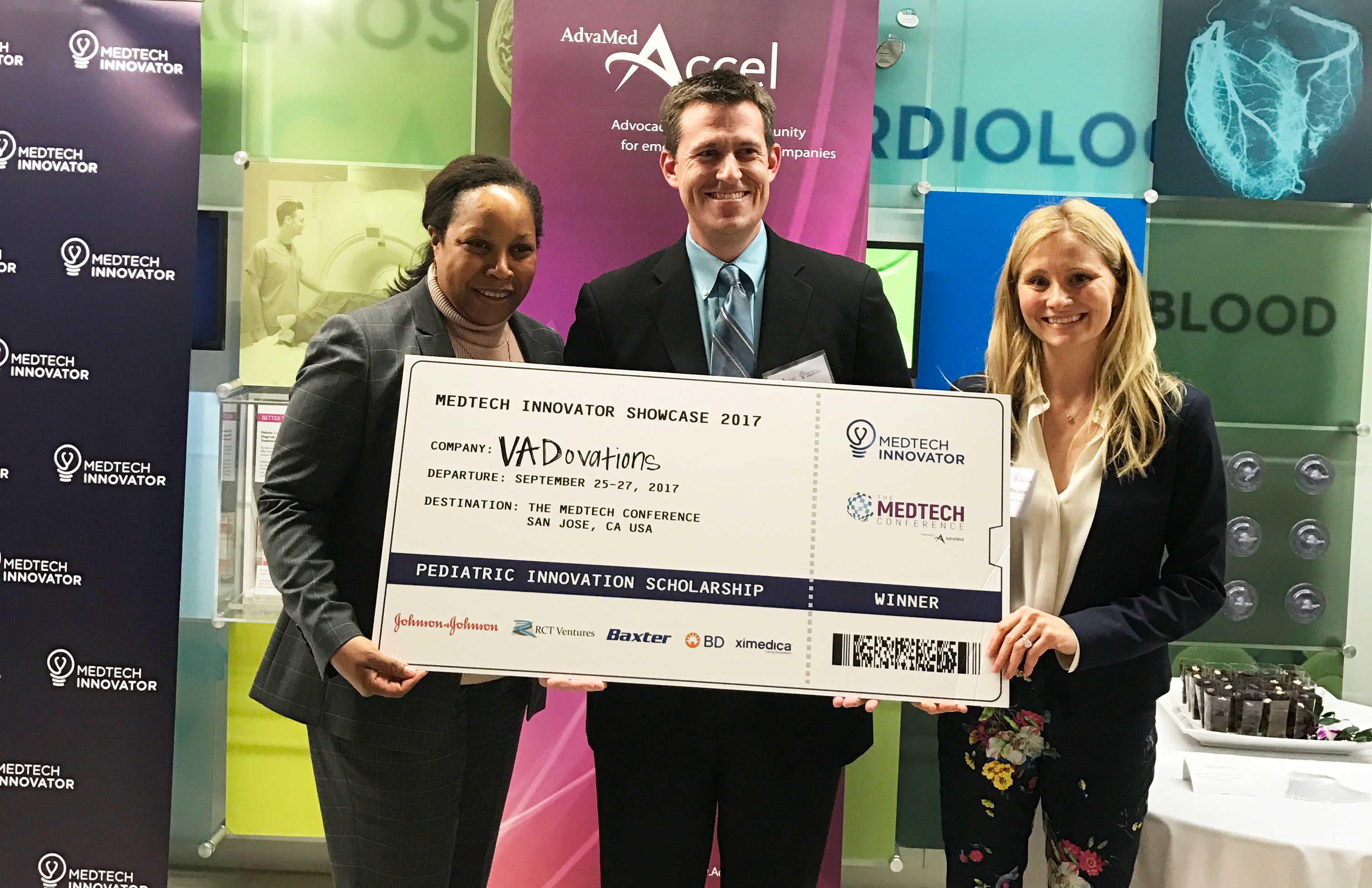 The other presenting companies were:

CEO Maureen Mulvihill presented its BabyGentleClear, which clears secretions from pediatric endotracheal tubes with less impact on the patient. The judges were pleased that Actuated Medical showed early involvement of key thought leaders.

CEO and Co-founder Dr. Diego Delia presented with business and financial consultant Ezequiel Aleman on its therapeutic wearable for babies. The team of judges was particularly impressed with the duos energetic presentation style and noted that device could provide significant improvement for the care of premature infants.

DOT CEO Yishel Khan pitched the company’s wearable device for diagnosing and addressing ADHD. Several judges said the device could be transformational, particularly the diagnostic aspect of the technology. They also enjoyed Khan’s passion and commitment.

Nebula Industries’ founder, Theresa Tribble, pitched its quick-release medical tape to prevent NICU injuries. The judges liked that the product met a clear but overlooked need in the hospital, and they saw lots of potential for partnering on the product.

PeriCor’s Justin Opfermann pitched its access tool for percutaneous epicardial procedures – a replacement for open-chest surgery. One judge remarked that it shows high value for an unmet need and presents a strong value proposition for the patient hospital payer.

Vax-Immune’s President and Chief Technology Officer Lenny Weisman pitched the handheld LabReady, which diagnoses infection anywhere, anytime. What one judge really liked about the product is the cost of the equipment and promised accuracy of data.