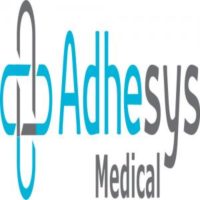 Adhesys Medical, a surgical adhesive company, said it has received a CE mark for its Mar-Cutis Flix topical skin adhesive for surgical use.

The adhesive is a polyurethane-based technology the company said is an innovative alternative to traditional wound closing techniques that features bonding strength, fast sealing and high flexibility.

Adhesys was a U.S.-based medical device startup that was acquired by Germany’s Grünenthal Group last April.

“Having obtained the CE-Certification, we are now looking forward to further developing our technology platform and expanding the possible fields of application,” Klaus-Dieter Langner, chief scientific officer for Grünenthal, said in a statement.

Grünenthal is a pharmaceutical and medical device R&D company with subsidiaries and affiliates in Europe, the U.S. and Latin America and about 5,500 employees. The privately held company reported 2016 revenue of about $1.7 billion.