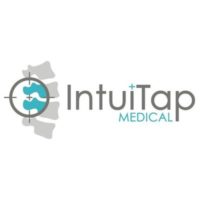 There is one fact that’s universally known by all great entrepreneurs: Launching a business is like jumping on a roller coaster—it can be filled with soaring highs and surprising twists and turns.

It’s a way of life that IntuiTap Medical CEO and co-founder Jessica Traver, 27, has become accustomed to since starting her company two years ago, which is focused on providing a game-changing solution to a common, and often painful, procedure: the spinal tap.

What started as a back-of-the-napkin idea—to create a device that would help doctors guide needles into vertebrae painlessly, “a stud finder for the spine,” as Traver puts it—is now a full-fledged business that has received $2.4 million in overall funding from investors like Ionis Pharmaceuticals.

We’ve been following Traver’s story since October 2017, when IntuiTap had just joined JLABS @ TMC—one of several healthcare incubators run by Johnson & Johnson Innovation, JLABS. Six months have now passed, so we sat down with her to see what progress she’s made—like meeting with the U.S. Food and Drug Administration (FDA)—and what advice she’d give to fellow female entrepreneurs with ambitious plans to help revolutionize healthcare.