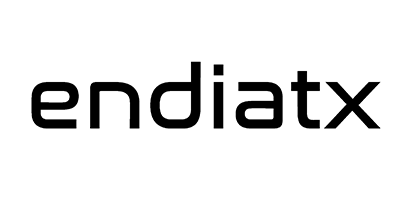 Mayo Clinic and Endiatx have signed a know-how license agreement covering the ongoing development of Endiatx’s PillBot.
The deal gives Mayo Clinic an equity stake in the robotic stomach camera startup, Endiatx co-founder and CEO Torrey Smith told MassDevice. He declined to share the precise size of the single-digit percentage equity stake or other financial terms, but said no cash was changing hands.

The agreement formalizes Hayward, California-based Endiatx’s collaboration with Rochester, Minnesota-based Mayo Clinic. Dr. Vivek Kumbhari, the chair of gastroenterology and hepatology at Mayo Clinic–Florida, joined the Endiatx board in 2021.
The agreement is set to remain in place for 15 years, Endiatx co-founder and Chair Alex Luebke said.

Smith said that should be enough time to get a fully developed PillBot through a clinical trial and onto the market.

“If Mayo Clinic sees a huge opportunity for PillBot, that’s really good news,” Smith said. “It’s not really competing with pill cameras, it’s competing with endoscopes. More than anything, it’s creating this new category because it’s a different way to go in and do things that open up a lot of access. That figure they arrived at is a fresh figure, and let’s see if we can get there.”

MassDevice sister publication Medical Design & Outsourcing profiled Endiatx last year. Since then, MedTech Innovator selected Endiatx for its 2022 cohort, and the startup moved its headquarters across the San Francisco Bay from Redwood City, California, to Hayward.

Endiatx is dividing up the responsibilities of former Chief Operating Officer Bill Dixon, who recently left the company after less than a year in the role. The most pressing personnel need is currently for a senior embedded engineer, Smith said.

The company has also continued to raise funds, recently finalized its scientific advisory board, and further improved the design of its PillBot prototype to make it smaller and more capable.

“2023 is going to be the year where PillBot leaves the R&D bench and becomes clinically relevant,” Smith said. “Does that mean I do my first major clinical trial at the end of this year? Gosh, I hope so. But what I mean by clinical relevance is that after a few months at this rate, I think we’re going to have a device that, from an engineering and clinical standpoint, is capable of doing just about everything we’ve ever dreamed about.”

For more about how the deal will accelerate Endiatx’s development of PillBot and some know-how agreement advice for medical device developers, go to Medical Design & Outsourcing.