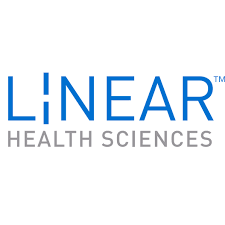 “This is an exciting milestone for our company. Partnering with a premier distribution group with expertise in launching innovative, new-to-market infusion products perfectly aligns with Linear Health’s overall commercial strategy and goals for protecting every line, every time,” said Dan Clark, co-founder and President of Linear Health Sciences.

Accidental IV catheter dislodgement is experienced daily in hospitals across the United States. Up to 90 percent of hospital patients receive an IV, and clinical studies show that on average 15 percent of those will become dislodged. IV dislodgement can cause interruptions in necessary treatments and lead to greater stress and anxiety for patients. In addition, restarting a dislodged catheter can cost upwards of $30 each for staffing and equipment.

In a 2017 survey of nurses and vascular access specialists, nearly all respondents reported that
their institutions considered IV dislodgement a safety risk. The Orchid SRV uses a patented breakaway technology to help protect against accidental dislodgement. When a sudden force is applied, the SRV breaks away and seals off both sides of the IV, thus protecting the insertion site and preventing the loss of valuable medication. The IV can be re-engaged by simply replacing the valve.

“After doing our due diligence on the Orchid SRV, we were surprised that this type of technology
has never been developed before,” said Gary Brown, President and Chief Operating Officer of Alliance Medical. “The SRV certainly solves a serious IV therapy problem that many vascular access specialists encounter on a daily basis, and Alliance Medical is anxious and proud to represent this exciting new product in the United States.”

Alliance Medical is a nationwide specialty sales and distribution company that has partnered with some of the leading companies in the vascular access market. It is comprised of 10 regional distributors who have exclusive and distinct territories covering the complete United States. The company was formed to be able to offer manufacturers complete U.S. coverage focusing on new product launches. “By giving us access to the entire U.S. market in one unified approach, Alliance Medical will truly lead the charge in market adoption of the SRV and help us shift the standard of care in the infusion space,” said Clark.

The partnership gives Linear Health Sciences access to over 10,000 Alliance Medical customers across the United States, as well as corporate management and a clinical and economic value-based national salesforce for a coordinated new technology launch. Linear Health Sciences is currently pursuing FDA clearance for the Orchid SRV and is planning a commercial launch for Spring 2019.

About Linear Health Sciences
Founded by a physician and two engineers, Linear Health Sciences is the developer of the
Orchid Safety Release Valve and other safety technology solutions for medical tubing. Those
solutions are designed to improve the healthcare experience for patients, caregivers and
healthcare institutions. The estimated market for the Orchid SRV, the company’s flagship
product, is $1 billion annually. For more information, access www.linearsciences.com.

About Alliance Medical
Alliance Medical, founded in 1992, is a nationwide sales and distribution company with expertise
in vascular access, neonatal, infection prevention and interventional products. Comprised of 10
regional distributors across the United States, the company specializes in creating new markets
for emerging technologies by driving both clinical and economic value. For more information,
visit https://alliancemedical.org/.