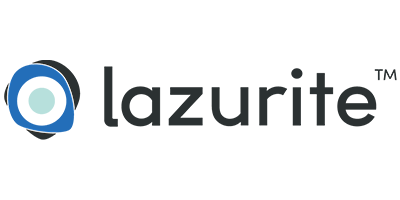 CLEVELAND, Ohio — We’re living in a wireless world. So why, Eugene Malinskiy wondered, were surgeons still dealing with bulky, heavy wires in the operating room?

That question occurred to Malinskiy, a Cleveland-area entrepreneur, when he saw a surgical assistant trip over bulky, heavy cables in an operating room prepped for arthroscopic surgery.

The mishap led him to become co-founder and CEO of the Warrensville Heights-based medical device company Lazurite, and develop a wireless camera system to make wireless minimally invasive surgery possible.

The new ArthroFree Wireless Camera System is safer, faster, requires less sterilization, and is less expensive to use than wired systems, Malinskiy said. University Hospitals recently became the first hospital system in Ohio to use the system, which was recently approved by the Food and Drug Administration.

Dr. James Voos, chairman of the department of orthopedic surgery at UH, was pleased with the wireless system when he and Dr. Jacob Calcei, an orthopedic sports medicine physician and shoulder surgeon at UH, tested it on patients recently.

“That’s one less cord that the operating room personnel have to worry about plugging in and getting tangled up,” Voos said. “It improves efficiency for both the physician and the entire surgical team.”

During traditional arthroscopic surgery, a surgeon inserts a narrow tube attached to a fiber-optic video camera through a small incision. Images from inside the patient’s joint are transmitted to a high-definition video monitor.

Those tiny cameras are attached to large cables.

Surgeons can repair some types of joint damage during arthroscopy, using extremely thin instruments inserted through additional small incisions. This kind of surgery results in less pain and a faster recovery.

Lazurite’s system replaces those cables with a military-based, low-temperature wireless technology, Malinskiy said. The device also uses a rechargeable battery that can be sterilized.

The UH surgeons recently used the wireless camera system during arthroscopic procedures on two patients to reconstruct the anterior cruciate ligament in their knees.

“It was much easier to move around, and we’re certainly less fatigued after using a lighter device,” Voos said.

The comparison study was published in the Journal of Orthopaedic Experience and Innovation.

Lazurite takes its first product to market
The wireless arthroscopic camera is the first product that Lazurite has brought to market. The startup company has 26 full-time employees and has raised more than $25 million in seven years, Malinskiy said.

“We have a lot of things in the pipeline for the operating room and for the medical space,” he said.

The ArthroFree system is the product of a collaboration between Lazurite and UH Ventures, the innovation and commercialization arm of UH. Some of the device’s parts are manufactured in Cleveland.

It gained FDA approval even though it has not been tested on humans. Malinskiy explained that the FDA used a comparative process that compared the device’s overall function to traditional wired systems. In this case, both wired and wireless systems allow surgeons to look into the body and perform a procedure.

The wireless camera has a high price tag, but it is not more expensive than wired systems, Malinskiy said. He declined to give a specific price.

NYU Langone Health in New York City was the first U.S. hospital to use the wireless device, Malinskiy said. Several other hospitals are slated to evaluate the device this year.

“It’s not that we’re just putting out a gizmo to the marketplace,” he said. “We’re putting out something that the doctors have wanted for the last 10 or 20 years.”