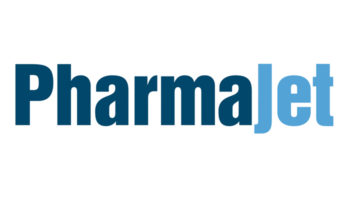 The campaign, sponsored by the World Health Organization as part of its polio eradication efforts, vaccinated 500,000 children, aged 4 – 59 months, over a one-week period in early 2019.  Data on acceptability of the PharmaJet Tropis® Needle-free Injection System (NFIS) was collected from 610 vaccinators and 4,898 caregivers.  Of those with prior needle and syringe experience, both vaccinators (97.6%) and caregivers (99.6%) expressed a strong preference for the Tropis system, citing ease and speed of use, appearance, and children’s response to the vaccination (less crying/discomfort).  Among caregivers, 94.7% said they would be more likely to bring their child for vaccination in a future campaign that used jet injectors.  Importantly, mean vaccine coverage among towns administering fIPV was 98.7% which was an increase of 18.4% over the preceding campaign.

Intradermal (ID) administration of fIPV has been established as providing a superior immune response.1   With significantly faster preparation and administration time compared to traditional ID technique with needle and syringe, it’s ease-of-use, and the virtual elimination of vaccine wastage, the Tropis NFIS is ideal for vaccination campaigns.

“The polio eradication campaign in Pakistan further validates the PharmaJet Tropis product functionality, and the company’s operational readiness to support future campaigns,” said Ron Lowy, Chairman and Chief Executive Officer, PharmaJet Inc.  “We are particularly pleased with the close to 20% increase in coverage which is critical for the eventual goal of eradication of polio.”

Refer to Instructions for Use to ensure safe injections and to review risks.

About PharmaJet
PharmaJet’s mission is worldwide acceptance of PharmaJet needle-free devices as a standard of care in the vaccine delivery market. The Tropis® Needle-free Injection System for intradermal injections received authorization to apply the CE Mark in May 2016.