Built for patients with COPD and other chronic conditions, the Loop System continuously collects and analyzes health data to warn providers of potential deterioration. The company says it has already inked a deal with a major health system. 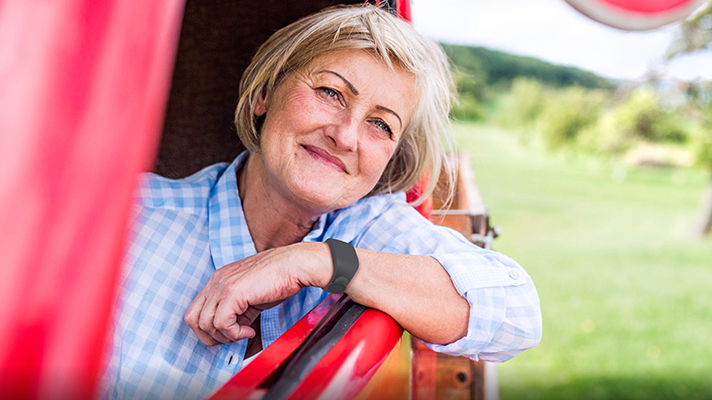 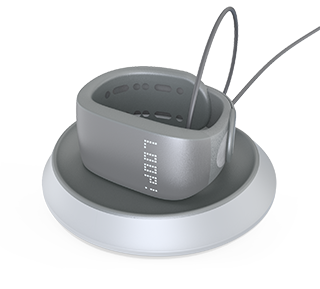 The Loop System, a continuous remote monitor developed by Palo Alto-based startup Spry Health, received 510(k) clearance from the FDA last Friday, according to an update to the agency’s databasethat was confirmed by the company.

Designed for management of COPD and other chronic conditions, the wristband wearable collects and monitors a user’s pulse-oximetry, respiration, heart rate and blood pressure (although the device’s webpage notes this last feature is designed for researchers). These data are automatically analyzed to identify clinically relevant signs of deterioration, with any changes highlighted for providers on an accompanying dashboard.

The device works out of the box and requires no inputs from the wearer, although they do have to option to view updates about their condition on the display and may receive notifications if any changes are detected.

But despite its watch-like design and focus on usability, CEO and cofounder Pierre-Jean “PJ” Cobut said that his company views the Loop first and foremost as a clinical remote monitoring device.

“Typically, when you’re giving somebody a blood pressure monitor, a spirometer, a pulse oximeter, a scale, people just don’t use these devices,” Cobut told MobiHealthNews. “So we’ve made the bet that if we can build a product that has great usability; that people will be engaged with it, they’ll get data that they understand is useful and has value for them. In return, they’ll reward us with all this clinical data that we can use to build predictive models.

Cobut said that the company had been speaking with the FDA about all the necessary processes and trials for regulation since its last funding round in 2017, and has already achieved a successful deployment within one “major health system” prior to Friday’s approval.

“[We were] testing that the Loop was really being used by patients at home, that the data was flowing through, and that there was merit in collecting that data and anticipating exacerbations of these patients,” he said. “We were able to show [that] user engagement is incredibly high. We had people, usually in their 70s, wearing the Loop pretty much every day for at least three hours, and that was in roughly 92 percent of the cases. So we’re collecting lots and lots of data, and we were able to demonstrate a massive difference in utilization versus a control group.”

According to Cobut, the Loop is unique to other health-focused wearable devices due to its user-friendly design, versatility and core focus on data generation and predictive analysis.

“Especially when it comes to a use case like COPD, the signs of a deterioration … are relatively well known,” he said. “But the difficulty is really being able to get that data, to get it often and to get it from as many people as possible.”

By pairing these data with machine learning-driven analysis, Spry’s platform can help providers focus their care on patients who are at greatest risk, thereby avoiding unnecessary hospitalizations and the costs they incur.

Wearable monitors for chronic disease management are beginning to make a splash, both in the clinical space and the consumer space alike. The latest of these offerings include Omron Healthcare’s HeartGuide watch for tracking blood pressure, the Verily Study Watch for population health researchand, of course, the ECG features of the latest Apple Watch.

Convenient, clinical-grade remote monitoring technologies have also become something of a focus for the tech device industry. Earlier this year Scottish startup Current Health (formerly snap40) landed FDA clearance for its own AI-enabled vital sign monitor, while Sentinel Healthcare recently closed a $2 million round to continue work on its connected blood pressure cuff.