Colovac is an innovative solution for the protection of digestive anastomosis, designed to reduce anastomotic complications and to obviate the need for diverting ostomies for patients undergoing colectomy. The Colovac device is meant to enable patients to resume their normal life after a colorectal surgery, without having to bear an artificial anus and wear an ostomy pouch.

Colovac is a flexible bypass sheath, which protects the anastomosis and isolates it from feces. It is anchored above the anastomosis using an innovative, seamless, minimally invasive and fully reversible vacuum-based mechanism. After the anastomosis is healed (approximately 2 weeks), the Colovac device is retrieved manually without the need for surgery.

The Colovac device has been tested on over 80 pigs including a randomized pig study. SafeHeal is currently finalizing and validating the design of its Colovac prototypes in order get ready for clinical trials. After obtaining clinical data, the Colovac product could be used as a prophylactic in any procedure during which a patient receives a lower GI anastomosis.

Colovac is initially applicable to patients with an anastomosis in the lower GI tract who are having a temporary ostomy, which is estimated to be between 200-300 thousand procedures in the U.S. and Europe. Colovac is likely to have an ASP of €3-5 thousand. Existing colonic stents are listed at €2-3 thousand, and they are limited to palliative use for strictures originating from large lesions. Colovac, however, prevents an entire second surgical operation from occurring (with associated cost between €5-15 thousand depending on the country), reduces complications of the anastomosis, and is likely to have a higher patient preference. SafeHeal’s ambition is to become the global leader in digestive anastomosis protection devices and to generate revenue up to €10 million in 2020 and €100 million in 2025. 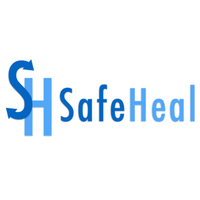