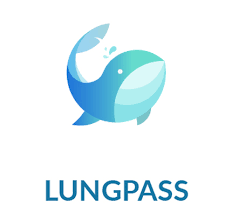 Lower respiratory tract (LRT) involvement, observed in about 20% of patients suffering from coronavirus disease 2019 (COVID-19), is associated with a more severe clinical course, adverse outcomes, and long-term sequelae [1, 2]. By pointing out people at risk of deterioration, early identification of LRT involvement could facilitate targeted and timely administration of treatments that could alter the short- and long-term disease outcomes [3]. While imaging represents the gold standard diagnostic test for LRT involvement, it is associated with a potentially avoidable radiation burden and may not be easily accessible in some treatment settings, such as primary care [4]. On the other hand, oxygen desaturation appears to be a specific, but not sensitive marker, since ground glass changes or consolidation are often observed in the absence of hypoxia [5, 6, 7]. The sensitivity of chest auscultation in identifying LRT involvement has been evaluated in limited populations and varies [8, 9], possibly to some extent due to variable skill among the assessors.

The LungPass, an automated lung sound analysis platform consisting of an electronic wireless stethoscope paired with a mobile phone application, could standardize auscultation process by limiting observer’s bias. The LungPass algorithm was developed using neural network technology and trained using sequential derivation sets of lung sound recordings. Next, the performance properties of the algorithm were evaluated in a separated validation cohort of 200 sound recordings. All the lung sound recordings used were adjudicated by a panel of expert respiratory physicians. Based on the validation cohort, the LungPass can identify normal lung sounds with a sensitivity of 96.9% and a specificity of 90%, crackles (92.5%, 82.5%) and wheeze (99.4%, 90.0%), as well as identifying artifacts and heart sounds (the development process will be reported separately).

We hypothesized that the LungPass could be used as a screening tool for LRT involvement in patients with COVID-19. In a prospective observational study that was conducted in the 5th City Clinical Hospital and the Minsk Regional Tuberculosis Dispensary (Minsk Region, Belarus), we evaluated the sensitivity of lung sounds assessed by a respiratory physician or by the LungPass in identifying LRT involvement in patients with COVID-19. The study included 282 adults presenting in the emergency department with a strong clinical suspicion of COVID-19 and imaging findings consistent with COVID-19 LRT involvement (ground glass opacities and/or consolidation). A confirmatory PCR result was available in 72.3% of the participants. Sequential chest auscultation in 11 pre-specified points (figure 1) was conducted using the LungPass followed by a consultant chest physician using a high-quality stethoscope, on the same occasion, and within 24 h from hospital presentation of the participants. The consultant chest physicians had extensive expertise in assessing patients with respiratory diseases (VK, NV, MC; 5–20 years of fulltime clinical practice). Lung sounds in each auscultation site were recorded as normal breathing sounds, crackles, wheeze, cardiac sounds, or artifacts (the last two types of sounds were excluded). To estimate the performance characteristics of the LungPass (sensitivity and specificity), we also used it to auscultate 32 consecutive adult patients admitted to the hospital with non-respiratory problems.

Auscultation points captured by the LungPass and Chest Physicians and the respective findings from participants with COVID-19 and LRT involvement.

The mean age of the participants in the COVID-19 group was 60.2 (standard deviation: 14.5) years and 56% were females. Pre-existing chronic respiratory disorders were reported by 9.2% of these participants (mostly COPD, 6.7%). The median duration of symptoms at recruitment was 6 days (interquartile range: 3–7 days). Most frequent presenting symptoms included fatigue (69.9% of the participants), fever (66.7%), cough (63.8%) and breathlessness (35.8%). Hypoxia (oxygen saturation less than 94%) was observed only in 25.5% of the participants, despite all having radiographic evidence of COVID-19, including ground glass changes (97.9%) and/or consolidation (20.2%).

Among the 3,102 auscultation sounds (11 points x 282 patients), 533 (17.2%) were deemed abnormal by the LungPass, but normal by the chest physician, while the opposite finding was observed for 175 (5.6%) sounds. Interestingly, abnormal lung sounds were identified in one of the two most proximal, ipsilateral auscultation points in 73.6% and 86.3% of cases in each of the previously described groups, suggesting that the divergence between clinicians and LungPass characterization of the lung sounds is more likely to represent limited sensitivity to added abnormal lung sounds (false negatives), or differences in the positioning of the stethoscope, rather than limited specificity. Within 1,075 lung sounds that were deemed abnormal both by the clinician and LungPass, there was agreement in 97% of cases regarding the type of the abnormality (crackles or wheeze).

The mean age of the control participants was 46.1 (standard deviation: 18.1) years, 34.4% were females and none had underlying chronic respiratory conditions. The LungPass only identified abnormal lung sounds (crackles or wheeze) in one of the control patients, in two auscultation points. Based on our data, if the presence of any added, abnormal sound was considered evidence of LRT involvement, LungPass would have a sensitivity of 98.6% (95% confidence intervals [CI]: 96.4%-99.6%) and a specificity of 96.9% (95% CI: 83.8%-99.9%). However, our previous data has suggested the presence of some false positive lung sound readings. To limit the risk of false positive readings, we could therefore consider the presence of any added abnormal lung sounds in at least two auscultation points as evidence of LRT involvement and in this case the sensitivity of LungPass is estimated to be 94.0% (95% CI: 90.5% – 96.5%) and the specificity 96.9% (95% CI: 83.8%-99.9%).

All results remained unchanged in a sensitivity analysis only including patients with COVID-19 confirmed by a positive PCR.

These findings suggest the LungPass is a sensitive and specific platform for identifying LRT involvement due to COVID-19, even before the development of hypoxia. However, a limitation of this exploratory study was the control group consisting of patients without any acute respiratory problem, rather than patients with confirmed COVID-19 without LRT involvement (with a clear chest CT). Unfortunately, we did not have access to such individuals, since only patients with more severe COVID-19 reached the secondary care setting where this study was conducted during the COVID-19 pandemic. Therefore, future studies are needed to assess the performance characteristics of the LungPass for COVID-19 in a primary care setting.

Several lung sound recording devices have been used to facilitate auscultation during the COVID-19 pandemic without compromising clinician’s personal protective equipment [7, 8, 10]. Moreover, an extensive observational study evaluating the sensitivity and specificity of a different automated lung sound analysis algorithm is ongoing [11]. However, to our knowledge, this is the first exploratory study demonstrating the sensitivity and specificity of an automated lung sound analysis algorithm (the LungPass platform) in identifying LRT involvement in COVID-19. Upon confirmation of our findings in larger, ongoing studies, the LungPass, an affordable, portable lung sound recording device that could be used by non-experts could facilitate telemonitoring and early identification of patients at risk of deterioration and -possibly- guide timely administration of potentially life-saving treatments.