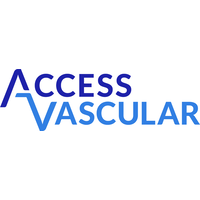 Access Vascular, Inc. has been awarded a group purchasing agreement for a Breakthrough Technology contract with Premier. Effective September 1, the new agreement allows Premier members, at their discretion, to take advantage of special pricing and terms pre-negotiated by Premier for the HydroPICC™ peripherally inserted central catheter which is indicated for reduced thrombus accumulation. In benchtop studies, HydroPICC has demonstrated a 97% reduction in thrombus accumulation compared to traditional polyurethane PICCs.

“We are thrilled to be recognized by Premier as a Breakthrough Technology and are excited about the opportunity to introduce HydroPICC to Premier’s members,” commented James Biggins, the company’s founder and CEO. “This contract will accelerate our commercialization by allowing us to get HydroPICC into the hands of a wider range of customers.”

Intravenous access is ubiquitous in healthcare with approximately 80-90% of hospitalizations requiring some form of intravenous access.1 Yet complications such as thrombosis, bloodstream infection, and phlebitis are common, with up to 30% of PICC lines placements leading to a complication – a rate that is higher for certain at-risk populations.1 Access Vascular seeks to minimize or prevent these complications through a variety of innovations including using the company’s novel, biocompatible biomaterial instead of polyurethane as the material for the catheter body.

Premier is a leading healthcare improvement company, uniting an alliance of approximately 4,000 U.S. hospitals and 165,000 other providers to transform healthcare. With integrated data and analytics, collaboratives, supply chain solutions, and advisory and other services, Premier enables better care and outcomes at a lower cost.

Access Vascular was founded in 2015 to address the most common and costly complications of intravenous therapy: infection, thrombosis, and phlebitis. The company develops intravenous catheters and ports from patented biomaterials which are highly biocompatible and are capable of long-term infection protection. Access Vascular’s first product HydroPICC™ began commercial use in early 2019, future applications include midlines, dialysis catheters, ports, and other devices. For more information, please visit www.accessvascularinc.com.